Chris studied Music at UCD (University College Dublin) and holds a Bachelor of Arts (1.1) Degree.  He then  completed a CPD Performance Diploma at BIMM (Brighton Institute of Modern Music) from which he graduated top of his year, and has also been through the DCU Jazz Programme (formerly Newpark Music Centre).

Chris has experience tutoring students individually and in groups; having taught contemporary music (pop, rock, blues, folk and jazz) and the formal curriculum through the grade system (Classical Guitar with Trinity Guildhall and Contemporary Guitar with Rockschool). As a teacher Chris places great importance on developing a creative atmosphere for his students and  melodic expression is fundamental to his teaching.  He likes to encourage students to develop their own ‘voice’ on a chosen instrument and to introduce them to the range of musical possibilities through looking at students favourite players. For Chris the ultimate goal as a teacher is  to ensure that the student enjoys the process of learning just as much as the result.

As a performer Chris has 10+ years of live experience which has seen him play with a variety of bands. From 2010 – 2013 he was the Resident Guitarist of the critically acclaimed Bray Gospel Choir and had the pleasure of performing in theatres and at events around the country. He has also accompanied established bands and performance groups in some of Ireland’s most popular venues (The Olympia, National Concert Hall, The Button Factory, Monroes, Waterside Theatre, Crane Lane, Whelans, etc) ranging in styles from rock and blues to jazz, fusion, funk and soul. Currently, Chris performs around Dublin with a number of soul and jazz groups, as well as with his band Lowlight Gathering who won the Pure M “Best Newcomer 2017” award and were nominated for “Best Irish EP”. Chris is also in the process of writing and recording a neo-soul album with Brazilian guitarist Johnny Batista, with an EP set for release later in the year. 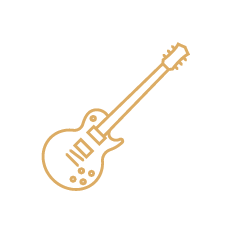 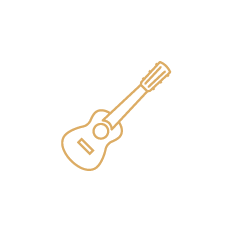